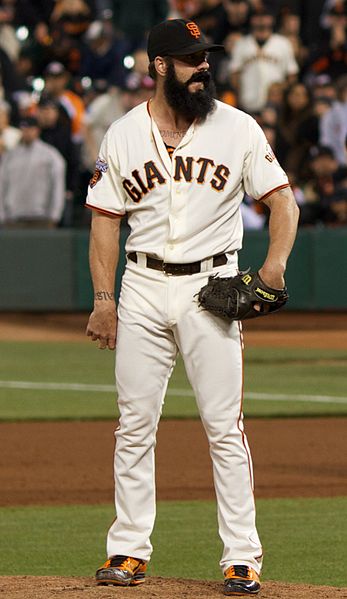 With the start of Spring Training and in hopes of making the postseason for the first time in 20 years, the Toronto Blue Jays need to look no further than former San Francisco Giants closer Brian Wilson for bullpen help.

Feb. 12, 2013 marks a few significant occasions.  In Canada, it is the annual Bell Let’s Talk day, a day where Bell Media donates five cents to every text message, tweet (with the hashtag #BellLetsTalk) and long distance phone call within the country. It also marks Shrove Tuesday, the day before Lent starts for Christians around the world.

But for us around the baseball world, it marks the day where pitchers and catchers report to spring training. A day that seemed so far away on October 29, 2012 (the day after the Giants won the 2012 World Series), but it is finally here and for some teams, expectations are higher than ever.

One of those teams is Canada’s own, the Toronto Blue Jays. Big offseason moves have made the team into a legitimate contender, even if that contender status is just from looking at the team on paper.

On paper, according to Sportsnet’s Shi Davidi, the Jays bullpen will shape up something like this:

Other than Casey Janssen who has shown through his years in the MLB that he is a consistent work-horse, the Jays bullpen has a lot of questions.  What kind of reliever is Sergio Santos really like? Can Steve Delabar be as good in 2013 as he was at the end of 2012? And will Brett Cecil get light up like a Christmas tree against the Pittsburgh Pirates in the final days of spring training and be sent back to AA like last year?

See, the Blue Jays bullpen, unlike the rest of the team (on paper), isn’t as stable as some might think.

Why not go the experience route and look at signing a former World Series champion in the likes of Brian Wilson?  After appearing in only two innings in 2012, Wilson was forced out of the lineup and into the surgery room to undergo Tommy John surgery on his elbow.  In 2010 and 2011 combined, Wilson earned a record of 9-7, with an earned runs against average (ERA) of 2.46. The biggest stat of all for a late innings specialist like Wilson, is saves, in which he racked up 84 in those two seasons.

In December 2012, the blog Bleacher Report, did a story on eight possible teams that Wilson could fit into a closers role with in he 2013 season. Of the teams listed were the Yankees, Red Sox, Marlins, Twins, Astros, Mets, Brewers, and Tigers. There are certainly teams that have definite closer problems on that list, including the New York Mets, who recently were in discussions with Wilson on a possible deal.  Mets officials went to go see Wilson throw a bullpen session but were not impressed with the quality of his stuff.

Why not the Blue Jays? The team has shown that they are willing to give players second chances (Melky Cabrera) and have also shown that they don’t mind forking out the dough (Dickey extension, taking on salaries of Johnson, Buerhele and Reyes).  Wilson would be an interesting character in Toronto and in the teams clubhouse and could strengthen the Blue Jays bullpen and add depth; even if he started out in the set-up role and then later closed out games.

Time will tell where Wilson ends up, but I think the Blue Jays might be a nice fit.

And welcome back, baseball.