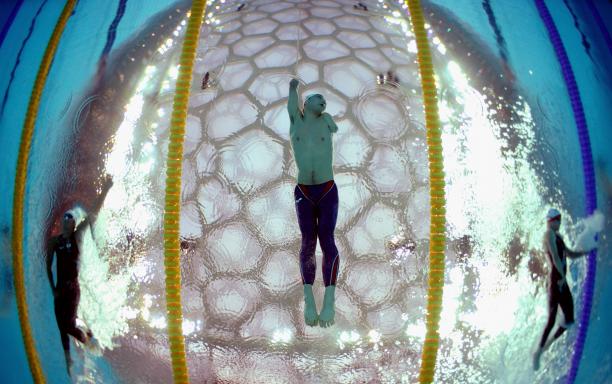 Three swimmers. Between the three of them, a combined 12 Paralympic gold medals. The average age? 20 years old.

Qing Xu, Tao Zheng and Yang Yang are three of China’s brightest and biggest stars in para-swimming and ahead of the 2014 Asian Para Games in Incheon, South Korea, from 18-24 October, all eyes will be on how they perform.

Leading the pack is Xu, who swept the podium in the four events atLondon 2012, including the 200m individual medley SM6, 50m freestyle S6, 50m butterfly S6 and 100m freestyle S6. All four gold medals added to his three he collected on home soil in 2008 in Beijing.

For Xu, having such a talented group of young para-swimmers is all about the basics.

“I think it is because of our discipline and the rules we follow in training,” the 21-year-old said.

Xu is surprisingly a veteran of the three powerhouse swimmers from China. His teammates Zheng and Yang saw their first Paralympic action in London and the success that came with those Games was huge, especially for 23-year-old Zheng.

“I dreamt for success at the Paralympic Games,” he said. “The training was extensive and dull, repeating everything every day. When I was exhausted, I would tell myself to hang on and beat the weak me. Now I realised my dream and I felt the pain and suffering was worth it.

Achieving his dream Zheng did, tallying four medals, including a gold in the 100m backstroke S6 and a silver in the 50m butterfly S6, a race he lost to Xu by 0.37 seconds.

All three swimmers will be looking to make their mark again in three months’ time against the best athletes in their continent in the Asian Para-Games. Xu says it is an opportunity for an athlete to break out.

“The regional game is not as competitive as the Paralympic Games. But every game deserves an athlete to take it seriously,” Xu says.

Zheng agrees and says that it will be a good chance for him to observe swimmers from other countries of Asia.

At only 17-years-old, Yang is the youngest of the three and has a promising future and career ahead of him. His four gold medals in four events will have competition chasing him come the Asian Para-Games and eventually Rio 2016. Competing in the 200m freestyle S2, 100m freestyle S2, 50m backstroke S2 and 50m freestyle S2, he has been training hard in order to maintain his success, swimming two hours every morning and afternoon, five days a week.

All three swimmers agree that the Asian Para-Games are a good opportunity to evaluate the talent for when it really matters.

“This is a new start and a new goal to challenge,” Yang said.