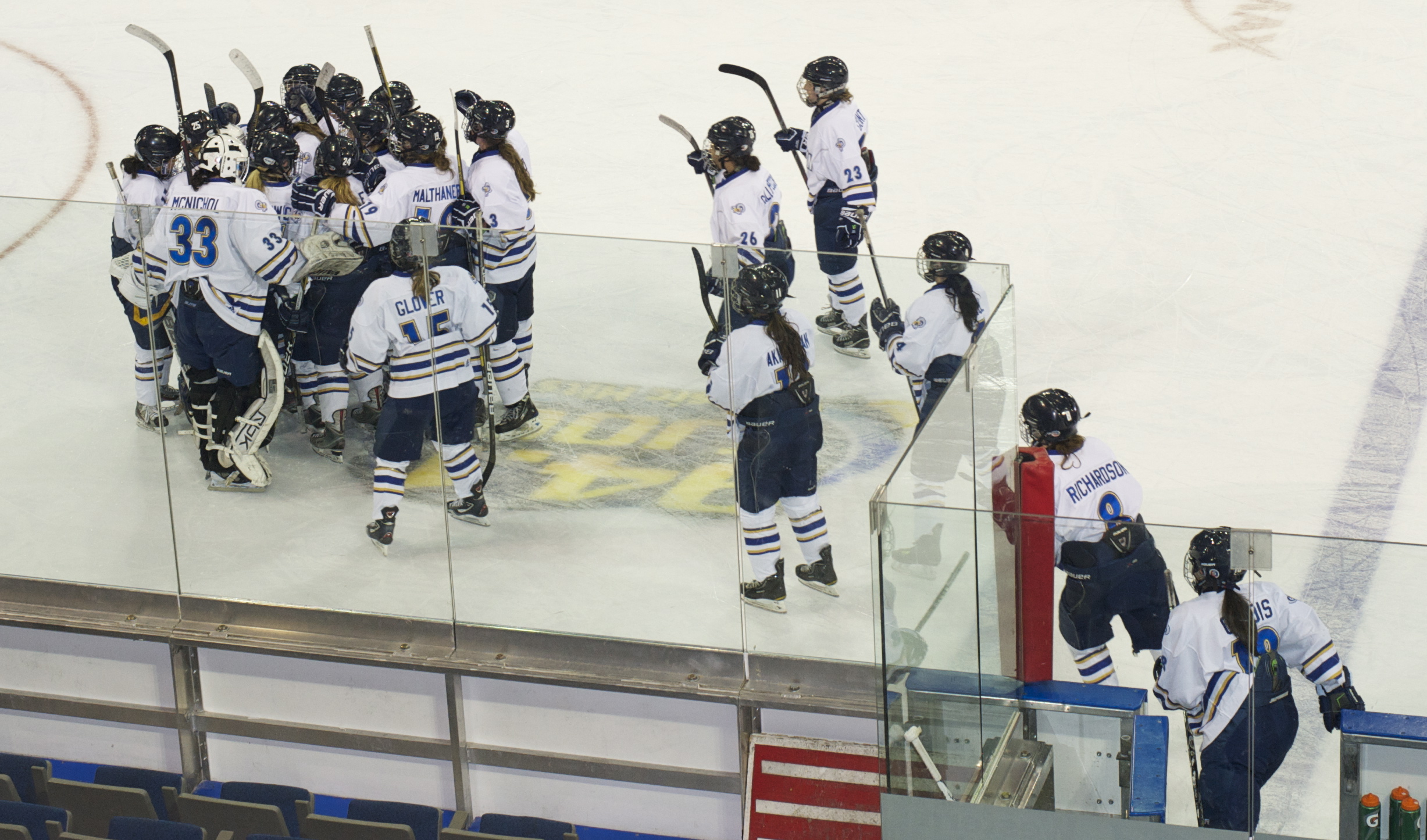 TORONTO – The Ryerson Rams women’s hockey team will start the 2014-15 season on the road for the second consecutive year, playing the Toronto Varsity Blues on Oct. 11 at 4 p.m.

The schedule was released by Ontario University Athletics (OUA) on Tuesday with the Rams playing 24 regular season games.

Ryerson’s home schedule starts on a Wednesday night, Oct. 15, when they take on the Guelph Gryphons at 7:30 p.m at the Mattamy Athletic Centre.

The Rams finished the 2013-14 season with a record of 5-18-1 and 11 points in the OUA standings. They will enter this season with seven players of their inaugural rookie class who are now in their fourth year of competition.

After a pair of games on the road against UOIT and Queen’s on Oct. 25 and 26, the Rams will play their third game in a week span on Oct. 31 when Ryerson hosts the 2014 edition of the Downtown Showdown against the Toronto Varsity Blues at 11 a.m. at the Mattamy Athletic Centre.

Last season saw Ryerson record three victories in the month of November and they will have a good chance to duplicate that success again this year.

They start off November on the road against the Waterloo Warriors and Laurier Golden Hawks. The Golden Hawks are the defending OUA champions, and finished fourth at the CIS national championships in Fredericton, N.B. in March.

After that, Ryerson returns for a four-game home stand with matches against Windsor, Western, Nipissing and Laurentian. Ryerson defeated the Mustangs last year with a 1-0 victory on home ice.

The Rams will close out their first half of the season on the road with a 2 p.m. matchup against city rival, the York Lions, on Nov. 30.

Their season picks back up on Thursday, Jan. 8, 2015 at home against the UOIT Ridgebacks. They don’t get much of a break, playing 24 hours later against the Queen’s Gaels. Both games are slated to start at 7:30 p.m.

After a pair of road games the following weekend against Brock and Guelph, the Rams return home to host Waterloo on Wednesday, Jan. 21 and Laurier on Jan. 23 with 7:30 p.m. puck drop each game. Ryerson will close out January on the road in London, Ont. against Western before heading further west to play the Windsor Lancers the next day.

They continue their four game road trip at Laurentian and Nipissing the following weekend before hosting York on Feb. 12 at 7:30 p.m. to close out the regular season.

The OUA postseason starts on Feb. 18 with the OUA championships getting under way on March 7.

The University of Calgary Dinos will host the 2015 CIS women’s hockey championship from March 5-8, 2015 at the Markin MacPhail Centre at Winsport’s Canada Olympic Park.

For any changes to the Rams schedule, please stay tuned to ryersonrams.ca and follow us on Twitter @ryersonrams.