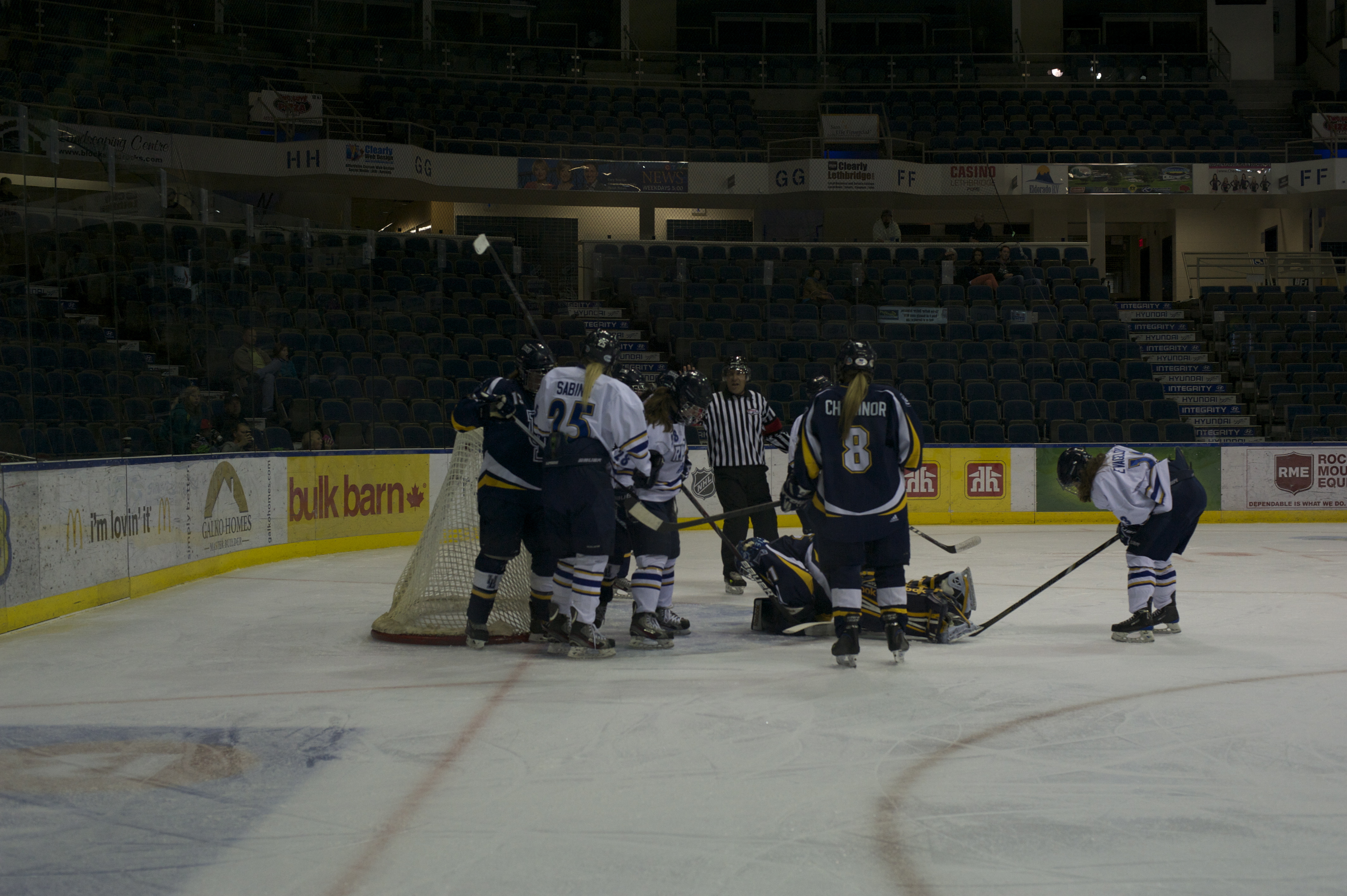 This article first appeared on RyersonRams.ca on September 29, 2013

LETHBRIDGE, Alta. – The University of Lethbridge dominated in the third period, scoring two goals on 12 shots to defeat the Ryerson Rams, 4-1.

The game was the Rams second of the National Female Hockey Challenge, and their second straight loss.

After the Pronghorn’s surrounded Rams starting goaltender, Cassandra McNichol, rookie Aislinn Kooistra banged one home on the doorstep to push Lethbridge’s lead to 3-1. Just a few minutes later Edmonton, Alta. native Kirsten Reeves scored one from her knees at the hashmarks to make it 4-1.

Blair Malthaner was the Rams lone goal scorer with a powerplay marker in the first period. Mackenzie Manning and Paulena Jakarsezian picked up the assists. It was the third straight game that Malthaner scored for Ryerson.

Crystal Patterson picked up the win for the Pronghorns who improved to 2-0 in the tournament. Patterson made 24 saves for the victory. McNichol, who suffered the loss, made 21 saves.

Ryerson went 1 for 7 in powerplay chances.