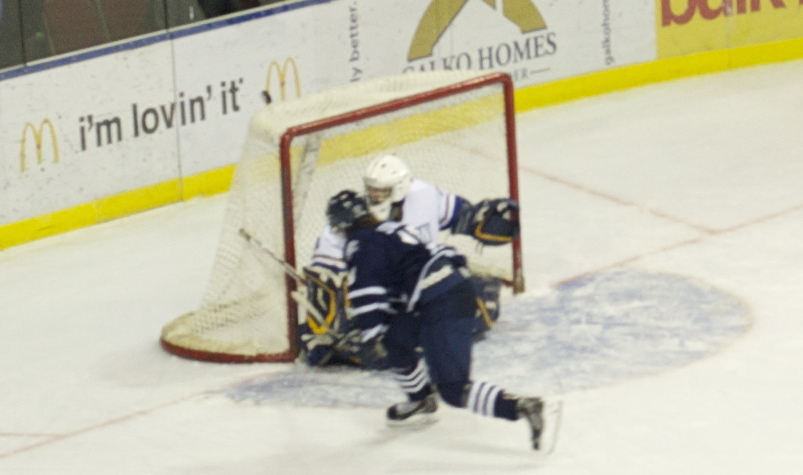 This article first appeared on RyersonRams.ca on October 12, 2013.

GUELPH, Ont. – Goals were hard to come by on Saturday afternoon for the Ryerson Rams, as they were held scoreless against the Guelph Gryphons, falling 2-0.

Playing on the road, Ryerson (1-3) fired 18 shots on Gryphons starter Stephanie Nehring, but couldn’t find a way to solve her.

At the other end of the ice, Emma Crawley (Herring Cove, N.S.) made her second straight start in net for the Rams. Crawley played similar to Thursday night against Brock and was solid, turning aside 29 shots in the loss.

Crawley’s .956 save percentage ranks 10th in the CIS while her 1.52 goals against average ranks 12th.

Christine Grant was the offensive star for Guelph (3-1) on Saturday. Grant, the 2012-13 OUA rookie of the year, scored both goals for the Gryphons, both in the second period and once on the powerplay.

– Ryerson’s 1-3 record to start the year leaves them in eleventh place in the OUA standings. Guelph sits a top the standings in first place.

– The Rams have a two-week break from game action. They next play on Oct. 26 against the Nipissing Lakers in North Bay, Ont.