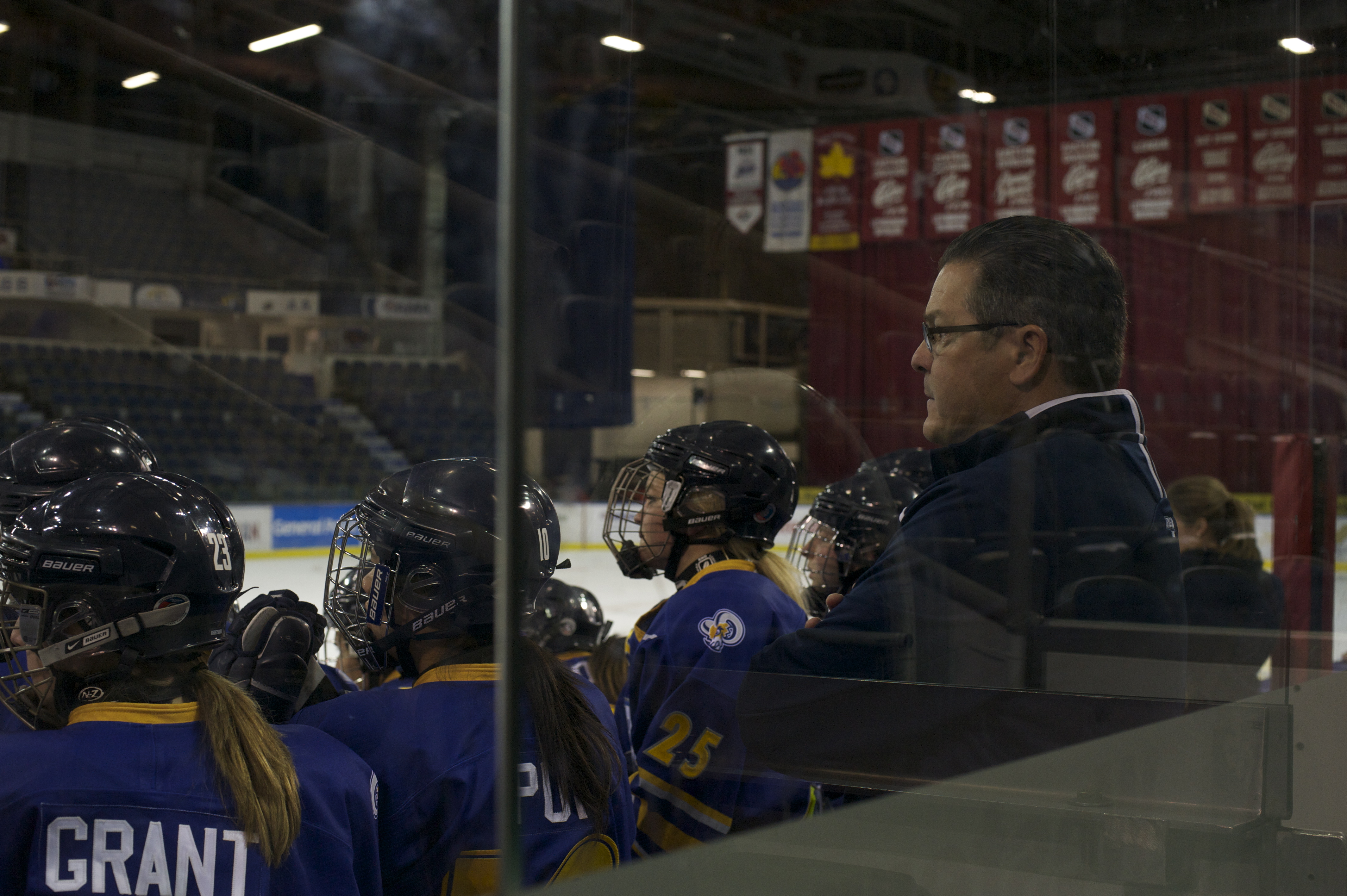 SUDBURY, Ont. – The Ryerson Rams found a way to put pucks in the net on Sunday afternoon, defeating the Laurentian Voyageurs, 5-0.

Jessica Hartwick  (Brampton, Ont.) and Clare Sabine (London, Ont.) led the offence for Ryerson, each tallying a goal and an assist.

Hartwick got the scoring going for Ryerson at 10:17 of the first period, unassisted to give the Rams a 1-0 lead after one period.

Paulena Jakarsezian got her first goal in two years on the powerplay in the second period to push Ryerson’s lead to 2-0 heading into the third.

It was all Ryerson in the third period, scoring three goals, including one on an empty net.

Sabine and Lauren Lovold (MacTier, Ont.) both picked up their first career OUA goals, while Melissa Wronzberg (Thornhill, Ont.) notched her second of the season on the powerplay.

Emma Crawley was strong in net again for Ryerson, making 23 saves to record her first shutout of the season, and first in two years.

Emily Toffoli started in goal for Laurentian, making 21 saves before being replaced by Laura Deller in the third period.

Ryerson ended the game going 2-8 on the powerplay while Laurentian was 0-5.

–  Ryerson returns home on Friday, Nov. 1 to play the Windsor Lancers. It is the Rams first home game since their home opener on Oct. 5. Game time at the Mattamy Athletic Centre at the Gardens is 7:30 p.m.