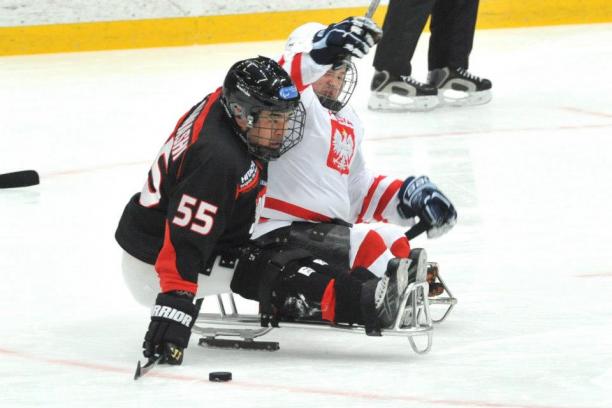 This article first appeared on Paralympic.org on May 23, 2013

After a silver-medal finish at the Vancouver 2010, Japan are still looking to find their way back to the Paralympic Winter Games for 2014.

Although the site of the IPC Ice Sledge Hockey Paralympic Qualification Tournament has yet to be determined, the teams who will be competing for the three remaining Sochi 2014 spots are set.

Germany, Great Britain, Italy, Korea, Sweden will be alongside Japan with a chance to play at the Sochi 2014 Games.

For Japanese forward Kazuhiro Takahashi, who knotted eight goals and one assist at the the IPC Ice Sledge Hockey World Championships B-Pool in March in Nagano, Japan, a Paralympic berth is a goal for both himself and his team.

“For me, it would be an opportunity to gain experience and for Team Japan it would show that as a team we are still competitive,” said Takahashi, who was also nominated for the IPC Athlete of the Month in March.

After suffering a 3-2 loss in the championship game to Germany on 16 March in Nagano, Takahashi fells that Japan isn’t that far away from competing and defeating its opponents.

Takahashi said his team will need to adjust small off the ice details, but that there are some in-game adjustments that need some work as well.

“We need to improve on capitalising on our scoring chances and to always trust each other,” said the 34-year-old.

With that said, Takahashi also credited Japan’s teamwork as one of their biggest strengths.

Although the main goal for Takahashi and Japan is to qualify for Sochi, Takahashi has set some personal goals for himself going into the tournament as well.

“I will try and play as hard as I can and try and prepare for each game with no regrets.”

If Japan is successful in qualifying for Sochi 2014, they will join Canada, USA, Czech Republic, Russia and Norway at next year’s Paralympics.

Should Germany or Great Britain qualify, it would be their first Paralympics since 2006 in Torino.

The exact date and location for the IPC Ice Sledge Hockey Paralympic Qualification Tournament has yet to be determined.