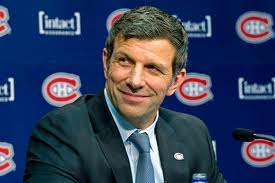 The lockout has finally ended and it is time to look ahead to the 2013 NHL season. How will the Montreal Canadiens fair out, what did they do in the summer to improve their team, will they contend this season?

The Montreal Canadiens roster as of Jan. 6…

Let’s be honest, the Montreal Canadiens in 2011-12 were atrocious. They stunk. Period.  The blame can be put in many places, like the general manager position with Pierre Gauthier at the helm (Why did he trade Mike Cammalleri again?), or the lack of offence the team produced over the course of the year.  Habs fans weren’t all that supportive of the hiring of head coach…wait, I forgot his name for a second…Randy Cunneyworth, which lead to the dismissal of both Gauthier and Cunneyworth at season’s end.  There was a lot of things wrong with the Canadiens throughout the course of last season but it all seemed to change with the hiring of new general manager Marc Bergevin, maybe not so much with his first hiring of Michel Therrien, but still, Bergevin is fresh, something that the Canadiens fans have been eager for.

Bergevin did make some good signings in his short career to date.  Signing draft picks such as 2013 World Junior champion and 3rd overall pick from the 2012 draft, Alex Galchenyuk and defenceman Nathan Beaulieu.  If Galchenyuk’s recent World Junior performance is any indication, he will be a special piece of the puzzle for the Habs in the future.  I can see him in the Canadiens lineup this season, playing on the second line with Tomas Plekanec.

The Habs also made a few moves on July 1 when they signed Brandon Prust to a contract that was way too long for a player of his style (4 years), and Colby Armstrong.  But the biggest move of the off-season came on July 2, when the Habs signed their best player, restricted free-agent goaltender Carey Price to a six-year extension.  Price is the reason the Habs were able to steal some of their games last season.  The guy can stand on his head, that much is for sure, and arguably the best goaltender in the league especially if he can put up numbers like he did last year (26-28-11, 2.43 GAA, .916 SV%).  He should and I predict will get some attention to be the starting goaltender in 2014 for Team Canada at the Sochi Olympics.

None the less, in 2013, the Canadiens will continue to rebuild, and don’t be surprised to see some youthful faces in the lineup.  I already mentioned Galchenyuk and Beaulieu, but stand-out from last year’s camp Brenden Gallagher has been having a great American Hockey League (AHL) season with the Hamilton Bulldogs.  Gallagher, a right-winger, in 34 games has accumulated 10 goals and 10 assists, tying him with another Habs camp hopeful Gabriel Dumont for the team lead in points.  Louis Leblanc, who split time between the Bulldogs and Canadiens will also receive some consideration.

On the NHL roster, the majority of the team’s offence last season came from their top line of Erik Cole, David Desharnais, and Max Pacioretty.  In 2013, expect much of the same as secondary scoring will be hard to come by.  One player to look for, that struggled a bit last season was Tomas Plekanec, who was a minus 15 last season. Don’t be surprised if the Habs spice up that second line by adding Galchenyuk and Gallagher on the wings.

The biggest question coming into this season is P.K. Subban.  The 23-year-old defenceman is a restricted free agent and was not signed by the Habs in the summer.  Expect him to be signed in the next few days, because he is the Habs future on the point.

It should be an interesting training camp for the Montreal Canadiens in 2013.  One thing that is for sure is that the Habs will continue to rebuild and the potential of landing the number one overall selection in the 2013 draft is exciting.  Jonathan Drouin, the 17-year-old standout for Team Canada at the recent World Juniors and current member of the Halifax Mooseheads would be a nice fit for the Bleu, Blanc et Rouge.

Enjoy the return of hockey Habs fans, it will be an interesting next few months.